It was a feast of further education (FE) as hundreds of youngsters flocked to Birmingham to launch a series of student-led campaigns for this academic year.

It brought together Student Officers from Students’ Unions from across the UK to mark the launch of a series of NUS’ campaigns for 2011/12 and the start of a new academic year.

The free, one day event, was held at Birmingham University’s Guild of Students and built on the success of the first FEstival back in 2009, aiming to stimulate and motivate student representatives and officers for the year ahead through structured and informal networking, campaigning and skills workshops and campaign launches.

Even our own Managing Editor, Nick Linford, held a workshop focusing on funding in the sector.

The main hall was decked out with bunting, balloons and there was plenty of music being played; in order to create a festival atmosphere. At 10am before the bulk of attendees arrived NUS staff were buzzing with excitement about the day’s line up.

The event kicked off at 11am with a key note speech from Toni Pearce, Vice President (VP) FE NUS, who introduced the event and launched the NUS FE priority campaign for the year ahead, Fair Necessities. This year’s priority campaign looks at equipping students’ unions with the tools and skills to campaign against the cuts made to enrichment funding in the UK.

During her key note speech when launching the campaign, Pearce said, “enrichment funding was first introduced in 2000 to provide 16-19 year old in full time further education access to a wide range of extra-curricular activities and extra learning support including, tutorials, pastoral care and citizenship. The Government have made a 75 per cent cut in this service which will have an impact on student lives and force colleges in making tough decisions around which services to prioritise.”

The toolkit is designed for both students and staff working in students’ union and is available here.

FE Week has since learnt that there are plans for NUS to release their very own versions of the Jungle Book classic, Look for the Bear Necessities.

There is often a perception in NUS that it is only the remit of the VPFE to represent FE students. Following on from Pearce’s key note speech, there was a Q&A session with the other 4 vice presidents and the National President, Liam Burns. This was a first for NUS, never before had all of the VPs and President been in attendance together to discuss how their own remits work to benefit FE.

The VPs went into detail around the various ways they are representing FE over the coming year, from the VP Society and Citizenship outlining an exciting new partnership with Oxfam to build citizenship in FE to the VP Union Development announcing Activism 2011, a day which will focus on training student officers on how to campaign effectively.

During the lunch break another campaign was launched by the VP Welfare, Pete Mercer. By way of parking a red double decker bus outside the venue, Mercer launched the Get on the Bus campaign. FEstival goers were encouraged to “Get on the Bus” in-time for a launch speech from the VP Welfare.

Mercer explained the campaign aims to highlight the issues that students face regarding the cost of travel in the UK. Aimed at FE colleges, the campaign will see a bus tour around the UK to encourage FE students to approach their local councils in order to improve travel subsidies for young people.

In between the campaign launches and speeches there were numerous workshops that attendees could choose from. Workshops on offer varied from Campaigning tips for students’ unions, broadening membership, enterprising students’ unions and adult education funding.

Speaking to FE Week after FEstival, Larni Baird, President, Aberdeen College Students’ Union said: “I made the epic journey from Aberdeen to come along to today’s event. It was truly overwhelming to see so many FE student officers attending Festival. I have been an officer in the student movement now for 2 and a half years and never seen an FE event so well attended. But not only was attendance high, the calibre of officers and their enthusiasm was inspirational.”

Pearce formally closed FEstival with a vote of thanks to everyone that had contributed to what had been for her “one of the most amazing events she had ever attended.” Speaking after FEstival, Pearce said, “Today has been incredible, not only because so many FE students came along, but because so many are now engaged and want to get out there and campaign for their members. Whether that be for the reinstatement of EMA, increases in transport subsidy or votes at 16. Our members, here today, showed that students in FE have a bigger voice than ever before.”

FEstival was certainly one of the, if not most, successful FE specific events that NUS has staged in recent years. It has been a strategic aim of the organisation in recent years to engage with more with FE students. Events such as this certainly prove they have engaged with more FE students than ever before. FE Week will be keeping up to date with all the latest news from the campaigns over the coming year. 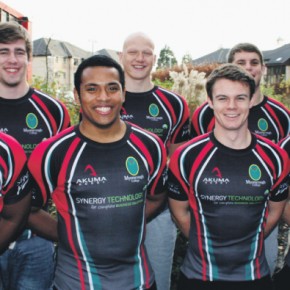