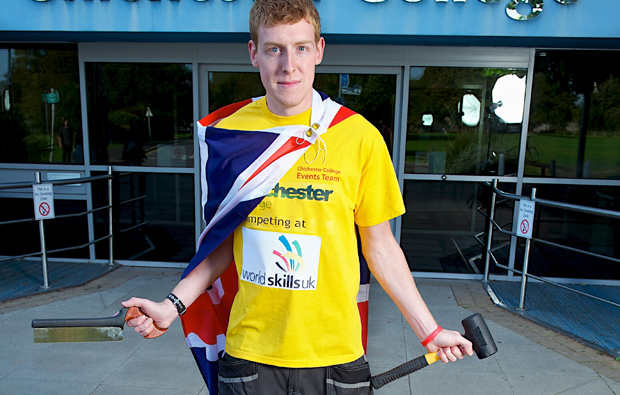 Chichester College student will take on the best cabinet makers in the world at next week’s esteemed WorldSkills London 2011 event, competing with 1,000 young people from over 50 countries across 46 skill areas.

21-year-old Chris Wallis from Midhurst will compete to be the ‘best of the best’ at the world’s largest international skills competition, in an exciting 22-hour, four-day challenge at London’s ExCeL from 5-8 October.

This is the third consecutive year that the college has had a student achieve a place on Team UK in WorldSkills and the next generation of Chichester star cabinetmakers is already on the rise. Edward “Woody” Harringman took silver last week at the latest Skillbuild final and hopes to be next in line for WorldSkills along with classmate George Callow and first year, Alex Morley.