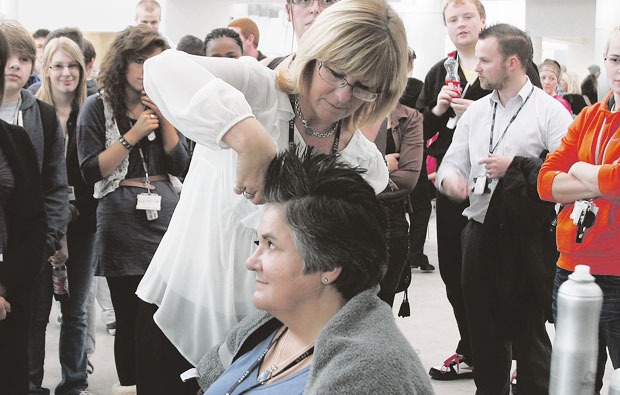 West Cheshire College has broken the world record for holding the most Mohican haircuts in a single room.

Hairdressing students were at the new Ellesmere Port campus to help create the iconic cuts and set a new world record of 109 people.

Staff and students recorded the achievement in front of an official adjudicator from the Guinness Book of World Records.

“The attempt is up there with one of the most unusual that I have adjudicated, everybody has been a really good sport today, there has been a constant queue for Mohicans as people have been happy to get involved.”

Other record breaking attempts held at the college include the highest number people dressed as a sunflower in one place and the largest group of participants playing Zumba Fitness on an Xbox 360.