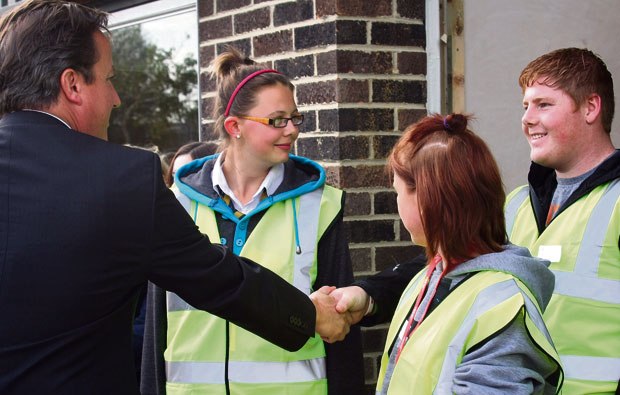 The Centre was established as a collaborative project by The West Oxfordshire Learning Partnership – a partnership between the college and local schools.

Mr Cameron said that ‘Avenue One’ was “an excellent example of a partnership project” and praised the efforts of the staff involved in getting the centre up and running.

Once the formalities were over with, the Prime Minister enjoyed a bacon roll and a mug of coffee while he chatted to staff and students.