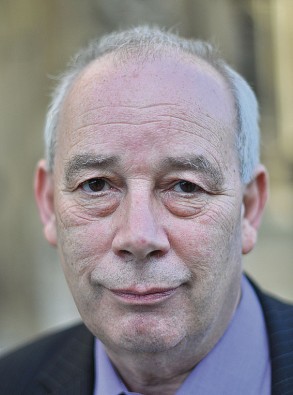 The best career decision Dan Taubman ever made, was “not becoming a principal.”

When the Inner London Education Authority (ILEA) was abolished, where he had worked in adult education for more than 15 years, going into college management seemed like a natural progression.

But he was “lucky,” landing the job of union official for further education at the National Association of Teachers in Further and Higher Education (now the University and Colleges Union (UCU) as a result of a merger with the Association of University Teachers), where he has worked ever since.

“I would have had to go along with a lot of the crap that senior managers had to take, the constant switching of policy, of new fads and flavours every time you get a new minister,” he says. “Not becoming a college manager allowed me to keep my principles.”

This unrelenting regard for what is right and just has underpinned everything Taubman has achieved during a career in FE spanning more than 35 years, a quality he feels he gained from his socialist parents who had “faith in humanity” and a belief that “people are basically good and everybody’s got something worthwhile to offer.”

Not becoming a college manager allowed me to keep my principles.”

Born in Rochdale in 1947, Taubman describes his childhood as “firmly middle class.” His parents, both from Jewish backgrounds – although this was much more “cultural than religious,” he says – were well travelled and politically minded.  He passed the 11 plus with ease and went to the local selective grammar school.

But despite his happy childhood, Taubman was desperate to move London. At 18, he started a degree at the London School of Economics (LSE), but in the first year of his studies, was involved in a serious motorbike accident. He suffered a bad break to his leg – an injury that has continued to cause him pain and discomfort – which meant months away from university and having to start his degree all over again.

It was a “life changing” incident and as well as suffering post-traumatic shock at the time, Taubman has experienced periods of depression throughout his life, something he attributes, at least in part, to the accident.

But despite his personal difficulties, it was an exciting time to be a student, he says. “My final year was 1968/9, which was the year of student movement and revolution and LSE was at the centre of that with the Vietnam demonstrations and occupations. At one point, we were locked out for something like six weeks.”

Taubman was also on LSE’s entertainments committee, which he says “provided the musical accompaniment for the revolution” and put on lots of high profile bands, some of whom, like Jethro Tull and Fairport Convention went on to hit the big time.

After his degree, he started a PhD at LSE “not really knowing what it meant or what I was going to do,” funding his studies through part-time FE teaching.

Taubman never finished the PhD, stopping when the government funding dried up and drifting into a job as an adult education outreach worker for ILEA, one of 11 new jobs created in response to the 1973 Russell Report, which proposed adult education for all and more engagement with local communities.

Working through tenancy organisations, housing groups, community nurseries and simply knocking on peoples’ doors, Taubman and his colleagues began to build up a picture of what was needed in their communities (in his case, the notorious Ferrier estate in Greenwich, which has since been pulled down). “I worked with people on that estate for two years before I put on a single course,” he says. “And there were no performance indicators or anything like that…nothing like there is now.”

By 1986, Taubman had become a senior manager and vice principal of a large adult education college in Southwark. At the same time, he was DJing at a nightclub in north London (he later DJd for Napthe functions and discos) and helping to set up a housing co-operative where he and his wife still live, intriguingly, in separate flats joined by a garden. “We weren’t living together when we joined the co-operative, so we each got our own flat and it just stayed like that. Like any relationship, you have your ups and downs and it takes a hell of a lot to work through those, but having one space you can escape to helps. I guess at some point we will live together, but we’re happy for now.”

But while there were many personal highlights in the late 1980s, professionally things were dire.  After a long battle to save ILEA, it was abolished in 1990 and the demise of “everything we had spent ten years building up” was a very dark time for Taubman.

After taking voluntary severence, he toyed briefly with the idea of an MBA before settling on an MA in personnel and human resource management at Middlesex University. He joined NATFHE in 1993 as further education official where he has been ever since, bar a secondment to the DfES to help with policy development.

While things had been tough under Thatcher, by 1997 things had begun to open and, in the early days, New Labour brought “many good changes,” he says. But there were also flaws. “One was the way that learning, and particularly adult learning was more and more subsumed into economic and skills arguments. It was all about supporting the economy and new skills – not that one rejected these arguments – but we always maintained that there was something more to adult learning than that. It should be about liberation, empowerment and equality and a lot of that got lost.”

if this guy, who has a lot more against the British Empire than I do, can accept an honour, I think it’s ok for me…and frankly going to Buckingham Palace was a gas.”

He has been “pleasantly surprised” by the new Coalition government’s approach to FE “which has given it slightly more respect than it has had of late” and the FE minister John Hayes’s promotion of the role of further education colleges, although some of his ideas are “a mite strange,” he says. “He [Hayes] goes on about the aesthetics of craft and trying to recreate some turn of the 20th century concept of apprenticeships. Now there is something in that, but there is a bit of the rose-tinted glasses about it, which leaves out the politics.”

But Taubman is not so complimentary about the education minister Michael Gove and his approach to 16-19 learning, which he believes is “trying to turn the education of young people back to some fantasy of the 1950s.” In concentrating their efforts on A levels as “the elite qualification for university” as well as apprenticeships, the government is in danger of creating an “overlooked middle,” he says.

He talks frequently of “working class values” and “threats to working class communities”, but given his own background, can he really profess to understand what this means? Yes, he says, and this is probably down to his upbringing. “My parents didn’t have airs and graces, had friends throughout society and they taught me how to listen.”

His services to education were rewarded with a MBE in 2009, which caused “great hilarity” at UCU, he says. “It’s not often trade union officials get honours, so there was quite a bit of carping, most of which probably didn’t come to my ears. I was nicknamed Lord Carlo, after Carlo Street where our new head office is.”

But not everyone was pleased, including one colleague who said he shouldn’t accept the MBE. The tipping point, he says, was hearing about a colleague who was Indian who had helped establish the Indian Workers’ Movement. “He had accepted an OBE and I thought: if this guy, who has a lot more against the British Empire than I do, can accept an honour, I think it’s ok for me…and frankly going to Buckingham Palace was a gas. Let’s face it, I’ll never get invited again.”