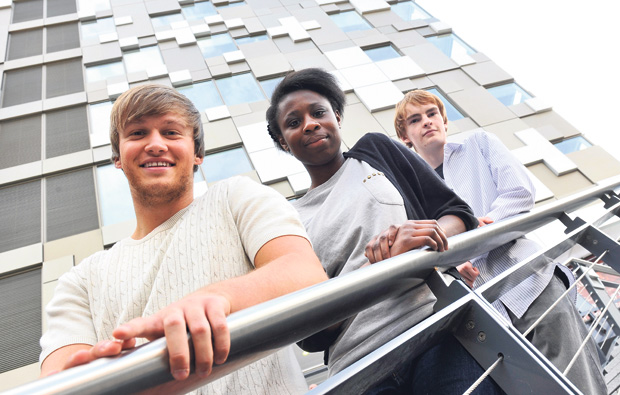 Graphic Design students from Birmingham Metropolitan College were given the chance to showcase their talents at a landmark city development, after creating a multimedia presentation which encouraged them to turn The Cube ‘inside out’.

The Cube has introduced many firsts to Birmingham during its development including the state of the art architecture, the first Marco Pierre White restaurant in the city and one of the UK’s first automated car park systems.

The work of three students, Bradley Caine, Elsie Ofori and Ben Colman was selected for a forthcoming city exhibition to be held later in the year.