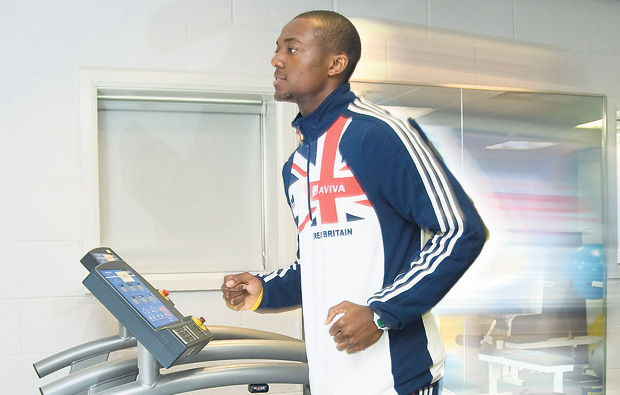 Bedford College Student of the Year Deji Tobais has got through to the second stage of selection for Olympic Torchbearers.

The international sprinter remains hopeful of a place in the 2012 Olympics squad – and now also to carry the torch across the UK.

He was nominated by Bedford College in response to a nationwide appeal for Olympic Torchbearers and is now among 2,012 individuals who have made it through the second stage out of 28,000 who were put forward.

Chief Executive Ian Pryce said: “We are a winning team here at Bedford College and this acknowledgement of the contribution made to the community by our staff and students is well deserved.”

Fellow College Director Tom Kay, who is in charge of the sports and related departments added: “To be the first past the finishing line in front of so many others who have been bidding to be part of the Get Set team is a fantastic reward for sports head Phil Newman and his team. Special thanks to our Sports Co-ordinator Michael Cox who runs sports studies and enrichment activities at the college and in local schools.”

Students from Bedford College have represented their country in a variety of sports over the past decade – so becoming part of the “Olympic Dream” is a fitting reward for the college.