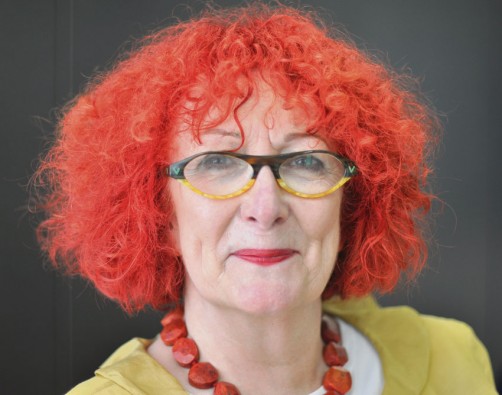 “I told them to get lost a thousand times,” says Dame Ruth Silver, of the Learning and Skills Improvement Service (LSIS) of which she is now chair.

Having announced her impending retirement from Lewisham College, she was intending to “have a break and not do anything,” and certainly wasn’t looking for another big challenge.

But despite her outward protests, the idea of heading up the sector-led improvement body, was starting to get under her skin. After a lot of persuasion, she put in an application. “What came across was the sincerity of having a sector owned, sector led body, like a trade union, using the sector to improve itself. And the more I thought about it, the more I thought it would be fabulous.”

She admits her interview technique was unconventional. “I said ‘I don’t really want this job but I don’t know how I can walk away with it because it matches with my beliefs, but I would love it if you didn’t appoint me’.” She got the job and has been an enthusiastic chair of the LSIS board since March 2008.

Unorthodoxy is a recurring theme in Silver’s 30 year career in the sector, which has included child guidance, teaching and inspection and even a spell in the civil service. There was no grand plan, she says and she certainly didn’t set out to be a college principal, which “just kind of happened, naturally.”

Her trademark red curls, bold wardrobe and obsession with rosemary oil (she bought it in bulk from Neal’s Yard and sprinkled it in all the classrooms at Lewisham College during exam times) has always set her apart from the men in grey suits, as has her positivity and absolute refusal to whinge about the sector.

I think you always have to remember that when the folk you are fighting with are within (the college), you are actually fighting for something you believe in.”

The whole of her career, she says, “was a training ground for Lewisham” where she was principal for 17 years, and brought the college (formerly known as the South East London Technical College) out of the doldrums into an outstanding beacon college. Silver says she owes a lot of her success to her upbringing in close knit mining community in Lanarkshire, Western Scotland where “every house had an auntie or an uncle or a cousin in it and everyone looked after everyone else’s children.”

Born prematurely in 1945, weighing just three pounds, Silver spent the first months of her life in an incubator and was “mollycoddled” by the rest of her family. But despite ongoing problems with her eyesight, due to her prematurity, she was always “a clever wee thing” and the year she left primary education, was the only child in the village to pass the 11 plus and go to grammar school.

Her father’s ill health (he suffered from kidney problems throughout her childhood) meant the family wasn’t well off and everyone in the village chipped in to help her on her way. “Someone got me the badge for my blazer, someone got me the tie…I felt kitted out by the whole village and there was no way I failed an exam after that,” she recalls.

And when her father died, when she was 15, “the whole community wrapped itself around the family,” including the local branch of the National Union of Mineworkers who knocked on her door and promised help with her education. “I went off to Glasgow University to read literature and psychology funded by the NUM, which made me the richest kid in Glasgow. I had no soles in my shoes until I went there, but suddenly I had all this money for books and things.”

So when Silver was awarded a CBE in 2006, she had a strong sense that the achievement wasn’t hers alone. “I went out to John Lewis and bought ribbon in the same colour as my medal and sat for weeks and weeks attaching ribbon to cards that said ‘this is your share of my CBE.’ I think I sent out 400 cards in the end. I sent it my mum’s neighbour, the trade union…everyone who had helped in some way.”

As a child, she wanted to be a hospital social worker, or almoner is it was then called, even though her teachers thought she should go to drama school. “I liked the way they – hospital almoners – intervened, the way they made things happen for people. Somehow that spoke to me.”

After postgraduate studies at Southampton University and the Tavistock Institute for Human Relations in Adolescence and Transition in London, Silver ended up working in child guidance.

Throughout her career she has tried to recreate that sense of community she felt in her own childhood and one of the things she is most proud of at Lewisham College is setting up a special access fund so “my ballet dancers had shoes and my construction lads had Stanley measures.”

She identifies strongly with her Scottish heritage, repeatedly referring to herself as a “tough old Scot” – something she feels prepared her well for the challenges of leadership, which she admits, can often involve disagreement and compromise. “I think you always have to remember that when the folk you are fighting with are within (the college), you are actually fighting for something you believe in.”

One of toughest times of her career was when she joined Newham College as vice-principal in the late 1980s. Six weeks into the job, having spent years as a women’s rights campaigner giving speeches warning women against the dangers of giving up their career and being forced into housewifery, she found out she was pregnant. “I used to say ‘don’t have babies, they ruin your life and your body’ and all that stuff,” she laughs. “And of course when I became a mammy I was over the moon, it was the best thing I have done.”

But she admits it was tough. Her partner, a writer and actor was able to take the lead on childcare, but she remembers crying on the bus on the way to and from work because she was missing her daughter so much. There were other difficult times, not least when Private Eye ran a series of articles on her, claiming she was splashing out on posh lunches and employing a driver – out of the college budget. The lunches were actually charity fundraisers, and the driver, Silver maintains, was paid out of her own pocket after she was attacked on her way home one evening after a governors’ meeting. “My daughter was about eight at the time and I remember going home and thinking ‘what would happen if she lost me?’ I went in the next day and resigned. The chair of governors said ‘well the college can pick you up now and drop you  off.’ And I paid the home to work cost of that – that was Herbie’s (the member of security staff who became her driver) as well as the petrol and stuff.”

Silver has spent the last year “in mourning for what the FE sector nearly became.” Widening participation, the expansion of higher education in FE colleges, the EMA have been replaced by a “sleeker world where there are many more freedoms.” But things are looking up, she says. “It has taken me a year to stop feeling sad about what we could have become, what we nearly became, and to get a sense of what we can become now – and I am really quite excited again. I mean, the last decade was wonderful but all we did was deliver qualifications and we have some space now to do more than that. You can see that.

“Some colleges are forming themselves into mutuals and trusts. So the seeds of that reformulation are now beginning to emerge, I think.”

But politicians are still missing the point when it comes to education, she says. “Every Secretary of State I have ever worked with – and I’ve worked with them all – tries to recreate their childhood educational experience. John Major was saying that the kids need to go and get a job and to get them ready in school to do that. David Blunkett said ‘bring back apprenticeships’. Charles Clarke said ‘bring back uniforms’, Estelle Morris said ‘bring back mixed ability teaching’, Ruth Kelly said ‘keep A-levels’, Michael Gove is saying ‘let’s have a philosophical core’. And they do it because actually, that’s what was good for them. It’s not an imperious imposition, it is a genuine belief. But it’s not a simple question of recreating your own childhood. They’re not bloody Peter Pans, they’re politicians.”

Silver says she has no imminent plans to retire but is aware that LSIS could well be her “final innovation of respect to a lifetime in FE.” While there are “books to write and galleries to see” for now she is happy to continue, alongside her LSIS job, with some of her other roles, which include chairing the taskforce on the future of the careers profession for the government, co-chairing the Skills Commission in the House of Commons with Barry Shearman and being on Jamie Oliver Foundation board “which is great fun, because he’s free from all political and funding imperatives so it’s down to learning.” Now 66, she has recently had laser surgery on her eyes, which she says, has given her a new lease of life. She is even thinking about learning to drive. Proof, if ever it was needed, that there is life in the “old Scot” yet.