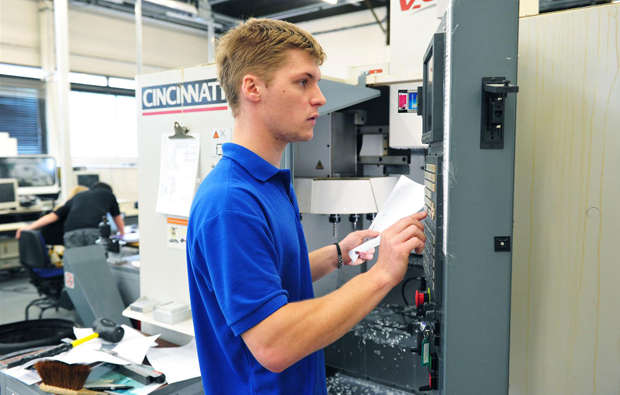 Ben, 21, who works for Redruth-based Pall Aerospace, won the competition bv competing in a series of tough challenges against others from around the country.

The final, held at Yale College in Wrexham, was designed to shows off entrants’ skills using a CNC (computer numerical control) milling machine.

Ben is currently studying towards an Engineering and Mechanical Manufacturing EAL NVQ 3 at the College’s Camborne campus.

He was put forward for the competition by Vaughan Curnow, his Apprenticeship Liaison Officer at Cornwall College.

Vaughan said: “It’s fantastic news to hear that Ben has won such an important competition and it highlights why he was chosen as the Apprentice of the Year for Engineering at a recent awards ceremony. Ben is a very focused and professional apprentice who is already building a fantastic career in engineering.”