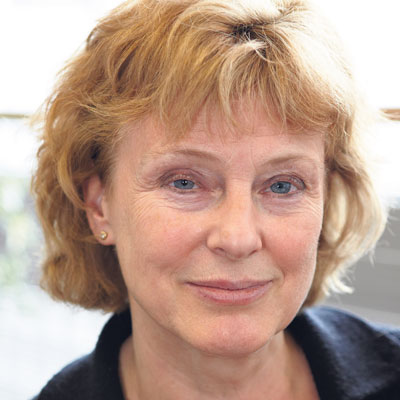 Friday has become Toni Fazaeli’s least favourite day of the week. Before boarding the train into London – where she commutes to the office from Leicester each day – she buys a strong coffee to help “brace herself” for opening the trade industry paper, the TES.

It has been a bumpy few years for the Institute for Learning, which has attracted a lot of press and social media coverage – and not all of it accurate – claims Fazaeli.

“Personally, it is tough,” she says. “There’s a sense of injustice when comments aren’t accurate and might be influencing others, but my belief is that there will always be a reason why people are angry and we respect that right to freedom of speech.”

It all started back in 2009, when the professional body for FE lecturers heard it was to likely lose its government subsidy, totalling around £5m a year.  As chief executive of the troubled organisation, Fazaeli had to take the difficult decision to set annual fees from £30 to £68 for 18 months.

This angered some members, who felt it was unfair to be asked to pay higher fees for an organisation with compulsory membership, particularly when school teachers were only paying £33 a year to belong to the General Teaching Council (which later became a casualty of the Coalition government’s quango bonfire).

Members also pointed out that many FE lecturers (many of whom also practise another skill, trade or profession) work on an occasional or part-time basis. Why should a practising plumber teaching a day a week at the local college or a dancer, teaching just a few classes in adult education, have to stump up the annual fee, they argued.

There is no reason for a member of the public or anyone else to insult colleagues in a personal way, individuals who are just doing their job.”

Since then, there have been boycotts and wrangles with unions to contend with. After the department for Business Innovation and Skills (BIS) stepped in last month and agreed to provide transitional funding for two years (funds were cut off as part of the last government’s Skills for Growth strategy, with the aim of the Ifl becoming self-funding in three years) an agreement was reached with trade unions, the Association of Colleges and employers.It stipulated that those who had already paid their £68 would get two years’ membership. Additionally, there would be an annual fee of £38 for everyone else and reduced fee levels for those earning £16,000 or less. But in a ballot held last month, UCU members voted overwhelmingly to reject the proposals.

Fazaeli’s 33-year career in the FE sector includes teaching in prisons, colleges and adult education, college inspection – and 4 years as a senior civil servant at BIS (then known as DIUS). Her move to Ifl in June 2008, was motivated by a desire to “start working more closely with teachers again,” she says. But she readily admits that this is her toughest career challenge to date.

“You develop the skin of a rhinocerous. Questions, criticism about the organisation, the service we offer to members, ideas and suggestions on what we can do better…that’s all legitimate and proper and we want to hear these.”

But not all of the feedback has been constructive, she says and what has really hurt has been the personal attacks on herself and colleagues on website, blogs and other forms of social media.

Fazaeli is characteristically careful and measured, with a tendency to lapse into jargon and management speak, but on this issue she is impassioned.

She recalls a cartoon of a naked body, with her head stuck on top that was posted on the internet and there have been hurtful nicknames, too, like ‘Toni Fazbelly.’

“My name is Iranian, so playing light with that name sounds a bit different, inappropriate,” she says, angrily. “In the same way that people who work in public services – in hospitals or on trains or tubes – should be treated with respect, so should staff working for Ifl. There is no reason for a member of the public or anyone else to insult colleagues in a personal way, individuals who are just doing their job.”

What has kept her going during the last year or so is her unfailing passion for teaching. “I love the difference that teaching can make to young people and adults. I see it week in, week out with our members. Those small kindnesses, the positive words from teachers about the difference we are making can really give me the strength to carry on.”

Fazaeli identifies strongly with learners, because she knows what a struggle getting educated can be. After ‘A’ levels and a year out in Amsterdam, she started a degree in English and Sociology at Kent University, but left a year into the course, after falling pregnant unexpectedly, she ended up starting again at Leicester University, and while her eldest daughter was small she combined part-time study with teaching in a prison and waiting on tables in a restaurant in the evenings. “My experience mirrors the challenges facing many in the sector, many of whom have financial pressures and are having to juggle other jobs,” she says.

But when – as Fazaeli herself has pointed out on numerous occasions – other professions like nursing or midwifery have to pay hundreds of pounds per year out of their own pocket for membership of their professional bodies, why are lecturers so cheesed off about having to pay £68?

For some, it may simply be about principles. Because the fees have indirectly been paid by the government in the past, some members feel strongly that they shouldn’t have to foot the bill.

Timing also has a part to play, says Fazaeli who is keen to point out that “some, not all members” are upset about the hike in fees. With many in the public sector already concerned about budget cuts, pay freezes and pension changes – on top of the recent increase in VAT and rising cost of living – this may have been the straw that broke the camel’s back. “I felt to an extent that it (the rise if Ifl fees) was a bit of a lightning rod, attracting frustration and anger about much bigger things that are happening.”

What also needs bearing in mind, she says, is that the Ifl is a relatively young organisation. “As a professional body it is quite new, compared with say the Law Society, which has centuries behind it, or the Royal Society of Midwives, which has decades. But in this sector, we have people who have only been members of a professional body for three years or so – so there is also the getting used to it (Ifl) being part of the fabric of the sector.”

As a result, some people – even its own members – can be unaware of the breadth of support the Ifl offers. And one of the most powerful aspects of the organisation’s role is influencing policy, says Fazaeli. The views of Ifl members contributed to the government’s agreement – following the recent Wolf review of further education – to introduce legislation that puts QTLS (the professional teacher status for FE lecturers that the ifl confers) on an equal footing with PGCEs and other qualifications held by school teachers. This means FE lecturers with QTLS should soon be able to teach in schools – something they have hankered after for years.

Fazaeli admits she has made mistakes during her time at Ifl, the biggest being not to offer professional development services and training directly to its members. But over the coming months, she is keen to develop some of the support services the organisation offers its members, particularly the thriving online communities for teachers in different subject areas. The Ifl has also asked the government to carry out an independent enquiry into what makes quality teaching and learning in vocational subject areas – an area that very little is known about at the moment. She is keen to point out that it is “some, not all” of members that are unhappy about the changes at Ifl, pointing out that of the 140,000 members estimated for the coming year, 54,000 have already renewed their subscriptions (the renewal deadline is 3 weeks away).

If she could achieve just one thing during her time at Ifl, it would be to see the first FE lecturer with QTLS get a job at a school. “When that finally happens, it will be of such great personal and professional satisfaction – a real day of celebration.”