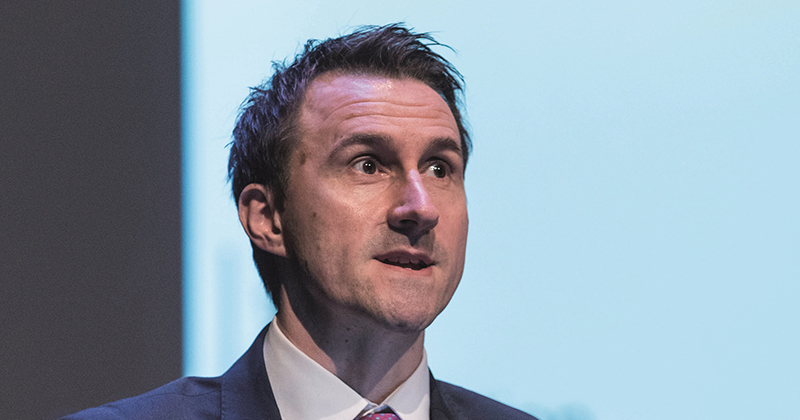 Around half of the upcoming apprenticeship levy will be paid by just 400 employers – but the Skills Funding Agency won’t say who those companies are.

The revelation came during a breakout session on funding at the Association of Colleges annual conference earlier this month.

Keith Smith (pictured), the director of funding and programmes at the SFA, said that while 20,000 employers were expected to fall within the scope of the levy when it launches in April 2017, just 400 employers, or two per cent, will cover “about half of the entire levy”.

“The top 400 carry a big load,” he said. “Some of those bigger employers will be paying over £30 million a year, in terms of the apprenticeship levy.”

But he later admitted it was “not as simple and straightforward as being able to just publish a list” of the names of those firms that would bear the brunt.

He said that while the SFA did know which companies would be paying the levy, the agency couldn’t share that information as it was “a tax matter”.

Information published by the Department for Education in August on the number and size of employers who would be paying the levy in 2017/18 said there would be 19,150 businesses in scope, but it made no mention of this smaller figure of 400 companies paying half the levy.

Peter Lauener, head of the SFA and the Education Funding Agency, and the shadow chief executive of the Institute for Apprenticeships, also referred to this figure during his conference session on November 17.

I don’t know the precise figures, but it’s around 20,000 levy payers. About 450 of those will pay about half the levy

“I don’t know the precise figures, but it’s around 20,000 levy payers. If you look at it in a bit more detail about 450 of those will pay about half the levy,” he admitted in response to an audience question.

More than half of the top 400 employers in the UK currently have fewer than 200 apprentices, and some have none, Mr Smith admitted, though he hopes the levy will to lead to a “significant market shift” in apprenticeship delivery.

Business administration and health and safety currently account for a quarter of current apprenticeships – but “going forward the actual single biggest sector that’s going to be involved in the apprenticeship levy is the education sector”.

“In terms of understanding the employers and the sectors that you’re in, this type of market analysis is really important to understand what you’re doing, who you’re pitching to and where you’re going,” he said.

Chichester College’s principal Shelagh Legrave later asked Mr Smith how colleges could identify which companies will be subject to the levy, as without this information she said she was “left scrabbling around trying to work out who is actually paying”.

Mr Smith explained that the SFA was talking to levy-paying employers about whether “they’d be happy for us to share their information more widely across the sector” but that “those conversations are patchy – some for obvious reasons are a little bit relaxed about that, others are not”.

He added that there were “companies out there that do know” and “some databases that operate in the commercial sector, particularly those that offer tax advisory services” that would be able to provide this information “if you’re willing to make a small investment”.

“There’s no really easy answer, or easy fix for this,” he said.