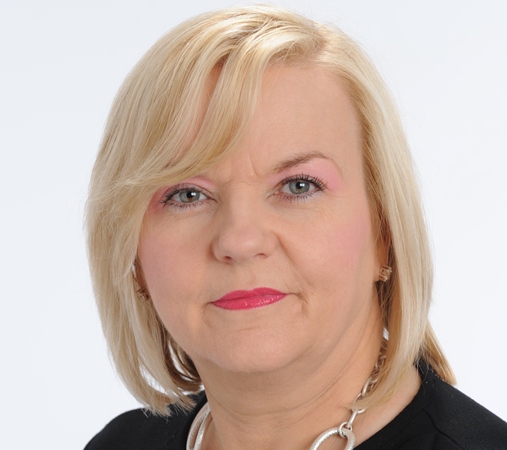 The FE sector was a lifeline for Jo Lappin when she was growing up and she has been a “fan” ever since.

The chief executive of Northamptonshire Enterprise Partnership (Nep) is the oldest of five siblings, born just outside of Cheshire in Whiston Hospital, in 1963.

Between her and her two younger brothers and two younger sisters there are only seven years and growing up they were close.

But Lappin’s mother fell ill and died when she was only 16, leading her to drop out of school to help care for her siblings and help her father continue running the family shop. “I looked after them quite a lot until they got into early adulthood, I was very much a young surrogate mother,” she says.

She had not found school an easy experience at first, and at St Clements Primary School in Runcorn she had to have a guard escort her to the toilets in case she tried to flee the premises.

Secondary school was more of a success and Lappin went to Notre Dame Convent School, a girls’ school in St Helens, until she was 16 years old.

“I really liked it there,” she says.

“It instilled from a relatively early age a very clear sense of fair play, and the need for equity of all people.”

However, when her mother became seriously ill, Lappin’s education was cut short and she was forced to put family first. “I ended up going to help my dad run his business,” she says. “My dad, as his wife was dying, clearly wasn’t in the best shape, so I was doing everything at a very early age.”

Following her mother’s death, Lappin realised that staying at the shop wasn’t the future she wanted, and started to think about her options for getting back into education. Despite it being a difficult time, her interest in business had been sparked by working at the shop and she was keen to start building a career.

In 1980, when she was 17, Lappin took on a junior administration role at the Department for Education (DfE) headquarters in Cheshire, and opted for day release to Halton College (now Riverside College following a merger with Widnes & Runcorn Sixth Form College in 2006). Lappin’s wedding, in 1987, with daughter Lori as bridesmaid and friend Julie Kelly

“This is one of the reasons why I’m such a fan of FE … I needed to re-establish myself because I’d left before I’d completed A-levels,” she says.

Lappin completed a BTec in business administration over two years at the college, receiving a distinction. Her business law tutor was a particular inspiration.

“He had a really good style — interesting, challenging — he was quite inspirational,” she says.

Meanwhile, in her civil service job she was promoted every two years and took other exams through the DfE to speed up the process. The department would later give her the opportunity to complete a postgraduate qualification in finance and accounting, despite having three children at home and working full time.

Lappin’s children are each seven years apart, and her first, Lori, is now 35 with her own eight-year-old daughter, Grace. Middle child Nathan is 28 and works for the Cabinet Office, while 21-year-old Hope is in her final year of a law degree at Durham University. Lappin’s husband Peter, who she married in 1987 at the age of 24, is in the rail industry.

Later in her 20s, Lappin took a secondment to work with the Training Enterprise Council ‘Normidtec’. This involved working as the training skills manager for north and mid Cheshire, and the enterprise manager looking at various government programmes. The role brought her into contact with independent learning providers on both youth and adult training programmes, which she says she found interesting. Lappin at eight years of age and a pupil of
St Clements Primary School, in Runcorn

“We also had some dealings with colleges … one of our areas, Winsford, underperformed in the Cheshire context – which tends to be very good,” she explains.

“For Winsford we ended up setting up a taskforce, and we had a great principal at Mid-Cheshire College at the time who made a really good contribution — John Korzeniewski.

“John did a great job working with partners to say how we could improve attainment and achievement in Winsford. Problems included lower aspiration, lower educational performance and fewer jobs.”

Lappin’s work was focused on improving performance, encouraging more businesses into the area, and boosting its image.

“It was a very good model for that wider partnership working and FE engaging on broader agendas,” she says.

She worked on funding models for employment and skills, engaging with colleges and other independent training providers.

She followed this by leading the European-funded ‘Objective 1 Programme’ in the Liverpool City region, which was focused on turning the local economy around. She then moved to cover housing policy, transport, Europe and other topics. Lappin says she enjoyed working with the Government Office because of the opportunity to cover a variety of strategies and use her understanding of the region.

“I was still living in Runcorn. I basically looked to build all of my career without ever leaving the place I was born,” says Lappin.

When the government announced that Government Offices would be shut down, Lappin took responsibility for closing the offices for the North West and the East Midlands. After this she decided to take voluntary redundancy.

Now in her 40s, she moved to do strategy work for Cheshire West and Chester local authority and helped to set up their local enterprise partnership (Lep), Cheshire and Warrington.

After this experience she felt ready to “reinvent” herself, and in 2013, when a phone call came offering her the chief executive role at Nep, she decided to go for it.

“My brother Peter was having a competition about who could make the most interesting next career move,
but he won by a mile — he joined the Australian army,” she says.

She was inspired by the potential of the Northamptonshire region and says she has “loved” leading the LEP. The role has also offered the chance for further engagement with FE.

“In Northamptonshire we’ve got three colleges and we work very closely with them on issues like curriculum planning to make sure that we’re turning out the right numbers for each of our employment areas,” explains Lappin.

At present she says there is a “real challenge” in finding skilled workers for the construction industry.

“We are looking at building 37,000 new homes by 2021, so collectively with the colleges we’ve got a construction skills project to look at how, by working together, we can start to make a real impact on improving the skills gap,” says Lappin.

Apprenticeship numbers is another issue that the Lep is working on with local colleges, especially for young people not in education, employment or training.

“We’ve got the big 3m target almost upon us, so we’re doing lots of joint working around that,” says Lappin.

With a government area review also on the horizon, she is determined to ensure the process benefits local learners.

“For me, FE has got two purposes: it’s about second chance agenda but it’s also about working hard to provide the skills needed by employers,” says Lappin.

“So there’s a really critical job to do; we want to work very closely with the sector to start that preparatory work and be clear on what we need to do to make for a very productive, strong review.”

Spending time with my family and reading

Constant use of mobile devices, particularly at the dining table

Eleanor of Aquitaine would be my first invite. I would also love to meet Tommy Lee from Mötley Crüe because he would make for an interesting party. Pope Francis, and Enid Blyton would be good to ask — I used to love her books when I was a child — and William Shakespeare

An archaeologist or a doctor, one of those two as a child