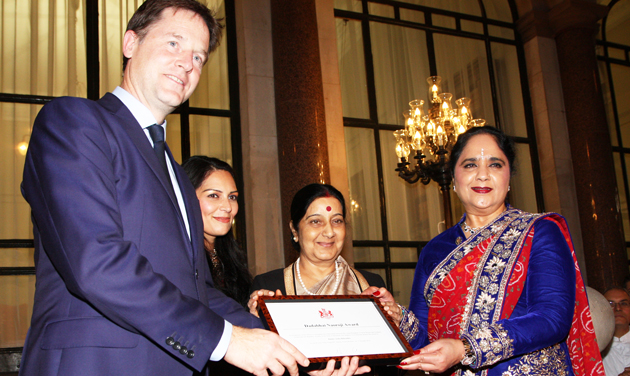 Dame Khemka was presented with the inaugural Dadabhai Naoroji Award for Education at the Foreign and Commonwealth Office, in London.

It recognised her efforts to boost links between the British and Indian FE sectors through her role as chair of the Association of Colleges (AoC) in India.

She said: “I am hugely privileged to receive this award and immensely grateful for the recognition this brings to the work of the AoC in India.”

Presenting her award, Mr Clegg said Dame Khemka had “worked tirelessly to strengthen the bond between the UK and India”.