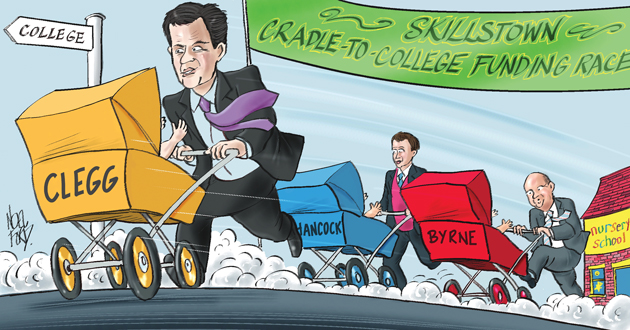 Labour and the Conservatives have been urged to match a Liberal Democrat promise to protect education spending “from cradle to college”.

His party wants to ringfence the entire education budget for two to 19-year-olds. The current budget is only protected for learners aged five to 16.

Mr Clegg said the pledge would mean an extra £10bn of education spending would be protected based on this financial year, rising with inflation.

He said: “The Liberal Democrats will protect the full education budget, covering children from the age of two to the age of 19 — from cradle to college”.

But the Lib Dems have stopped short of pledging specific protection for 16 to 19 education to ensure funding could not be moved to younger age groups with a spokesperson saying that to move large amounts of money from one end of the wider age group to the other was not “consistent with the policy”.

Nevertheless, the ringfence announcement was welcomed across the sector, with senior leaders calling for a similar promise from other parties.

“We hope the Conservatives and the Labour Party follow-suit and pledge to protect funding all young people up to the age of 19.”

Dr Lynne Sedgmore, executive director of the 157 Group, said the pledge was “most welcome”.

She said: “Nick Clegg is right to acknowledge that the education of 16 to 19-year-olds is as vital as their experience in schools in enabling them to play full and active roles in society and in the economy.

“Because of the current ring fence on schools spending, further education colleges have borne the brunt of austerity measures in education over the last five years, and we are now beginning to see a direct impact on the availability of some programmes for young people.”

And Sixth Form Colleges Association deputy chief executive James Kewin said: “One of the main objectives of our funding campaign has been to convince the three main political parties that the funding ring-fence should be extended to include 16 to 19 education.

“We were therefore very pleased to hear Nick Clegg’s announcement yesterday. We will continue to press Labour and the Conservatives to match this commitment, which would provide a very clear sign that they are serious about improving the life chances of 16 to 19-year-olds.”

A spokesperson for the Association of Employment and Learning Providers said: “The Deputy Prime Minister spoke about education, so does that mean vocational and work-based options as well?

“Growth for apprenticeships for 16 to 18- year-olds is currently uncapped and they are fully funded. So if Nick Clegg is saying that he would protect this and funding for traineeships, his commitment would be welcomed by providers.”

Skills Minister Matthew Hancock has previously expressed support for the current ringfence of five to 16 funding, but a Conservative Party spokesperson said he would not comment on the announcement, adding that the party would reveal its education policy in its manifesto. 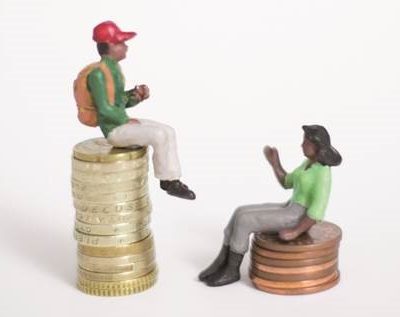