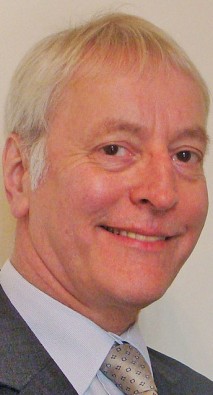 The former principal and chief executive of New College Nottingham and chair of the Information Authority, who was knighted for services to FE in the New Year Honours 2012, began his lecturing career in 1974.

Other previous roles include national director of the Further Education Funding Council (FEFC)/Learning and Skills Council (LSC), and director of education at Bexley London Borough.

Sir Geoff established the regional network for the FEFC and was involved in the formation of the LSC.

He will work with the guild steering group to develop a draft delivery plan for the new board, using a series of engagement events across the country next month to hear the views of sector leaders and practitioners.

He said: “I am delighted to have been appointed interim chief executive of the new guild.

“I have a strong belief that professional learning across the sector is key to our future success, and am keen to harness the talents of the sector itself.

“My priorities in these important early months for the new guild are to maintain the momentum generated by the steering group and project team, keep the sector fully involved in shaping the guild and ensure we build on successful programmes developed by Learning and Skills Improvement Service.”

David Hughes, chief executive of the National Institute of Adult Continuing Education (NIACE) and independent chair of the steering group appointed to develop the new organisation, said: “This announcement signals an important milestone for the guild.

“I am personally very pleased to have Sir Geoff on board because I know that he will bring enormous experience and understanding of the issues we want to address.

“He will be a great asset as we move forward to deliver to the ambitions we all share for professional staff and organisations delivering great learning, and I look forward to working with him.”

Sir Geoff will take up the position with immediate effect and is expected to hold the role until a permanent chief executive is appointed.

“We are fully supportive of the next phase of the guild under his experienced and able leadership and look forward to working with him to make the guild highly successful.”

Peter Roberts, chief executive of Leeds City College and chair of the 157 Group, said: “As a former college principal and leader of the FEFC, Sir Geoff has extensive experience across our sector, ideal for his new role as chief executive of the sector-led and owned guild.

“We expect to see the guild take huge steps forward under his leadership.”