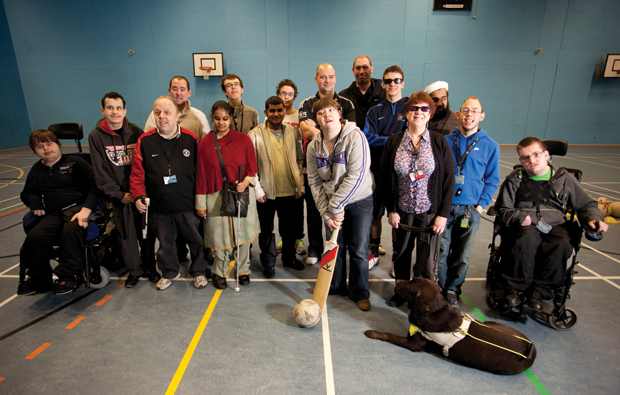 Visually impaired learners at Bolton College were given an afternoon of Blind Cricket coaching by Lancashire County Cricket Club.

The Club is supporting a campaign to raise awareness of cricket for the visually impaired and blind by encouraging more people to participate in the sport. Of the 12 learners who took part, seven have signed up to receive on-going coaching in the hope they can form a Bolton College team.

The group was supported by sighted learners, with some wearing simulation spectacles to experience the game as a visually impaired player.

Sheraz Chohan, of Lancashire County Cricket Club, said: “We’d ideally like to set up an amateur league between the colleges, but there is the potential for the players to progress even further within the County and National team if they have the skills and commitment.”

Bolton College’s curriculum leader for sensory impairment Linda Owens said: “We hope that the positive response from our learners, and with the support of Sheraz, we will have a college team that can compete in the region.”